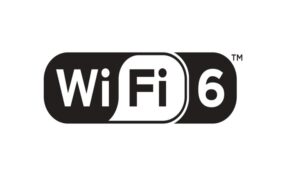 The next generation of WiFi is here. It's WiFi 6 and it’s changing more than just the speed. WiFi, as a technology, changed our world for the better. However, with each generation, we are seeing even more improvements, which essentially translates into more efficiency and security for businesses of all kinds and sizes.

If you’re running a business, you already know the importance of moving with technology. Therefore, it’s important to understand WiFi 6 and how it can benefit your business.

Since 2019 when it first launched, it has spread rapidly, with more and more compatibility options with emerging tech.

WiFi 6 is the latest WiFi technology, the successor to the now ubiquitous WiFi 5. Its technical names include 802.11ax and AX WiFi.

With the number of devices connected to the internet increasing rapidly, this WiFi technology was developed to cater to other rapidly growing technologies like the Internet of Things (IoT), Artificial Intelligence (AI), Augmented Reality (AR), and Virtual Reality (VR).

While, for the most part, the distinguishing factor between WiFi 6 and its predecessors is speed, there are other, more subtle, differences as well.

Depending on your business’ technology infrastructure, upgrading to WiFi 6 may be a big commitment. However, the benefits it offers easily justify the upgrade costs and time.

Here are the key features:

What Equipment or Resources do I Need to Use WiFi 6?

The good thing is that, unlike other technological upgrades, especially on the industrial level, using the new WiFi does not require a lot of equipment or resources. The main equipment you need to implement this WiFi protocol is a WiFi 6 router.

However, a WiFi 6-enabled router would only be able to provide WiFi to devices that are compatible with WiFi 6. In other words, you may also need to upgrade the WiFi using equipment in your business with WiFi 6 modules.

All WiFi 6 routers are backward compatible, meaning they can still connect with older devices. However, those devices won’t benefit from the higher speeds and other features of the faster WiFi. If you only have one or two devices that are compatible with WiFi 6, it may be worth upgrading in anticipation of replacing your older devices.

Can I Use My Current Equipment for WiFi 6?

This may require upgrading the WiFi modules, so other devices can seamlessly connect with WiFi 6 routers and really get the most out of WiFi 6 technology.

For a better understanding as to why you should consider upgrading your equipment to be WiFi 6 compatible, let’s compare it with other types of network standards:

WiFi 6 is the successor to the WiFi 5 protocol, which was the best thing out there before it. The key distinguishing factor between the two is speed, with WiFi 6 offering much faster data rates. Also, WiFi 5’s efficiency was largely dependent on the 5 GHz band, but WiFi 6 has also extended it to 2.4 GHz.

5G mobile networks are offering lightning-fast speeds and playing a major role in the propagation of IoT. Similar to WiFi 6, 5G can transfer more data than its predecessor, 4G. Like WiFi 6, 5G also works only with compatible devices that can send and receive data over a 5G network.

While you can compare WiFi 6 and 5G for performance, WiFi 6 will dominate busier networks with more Access Points because of low deployment costs.

4G (LTE) is the most commonly used mobile network in the world.

WiFi 6e is an extension of WiFi 6, which will bring the operation of a new band.

Can WiFi 6 Work With Any Cellular Router?

You can implement a WiFi 6 network with a WiFi 6 router only. Not all routers may provide WiFi 6 signals. Similarly, the devices connecting to the WiFi 6 router must also be compatible with WiFi 6, which most modern devices are as WiFi 6 is slowly becoming more common.

With so many applications of WiFi 6, a WiFi 6 router is your key to a faster, reliable connection to the internet and between devices. Here are the best routers for industrial use:

The Sierra Wireless AirLink® XR90 is a router designed for large networks for use with both 5G and WiFi 6 networks. With speeds of up to 2.4 Gbps on WiFi, this router can cater to the high performance needs of enterprise networks. This one features all important security standards, including WPA3 and AAA: 802.1x/Radius authentication.

The Sierra Wireless AirLink® XR90 is a 4G router that also works with WiFi 6 seamlessly. It’s a good option for those working with LTE currently and aiming to incorporate WiFi 6 into their network infrastructure. Its ‘always on’ connectivity makes it an ideal choice for backup operations. This one also delivers impressive speeds of up to 2.4 Gbps.

The CradlePoint E3000-C185B offers 5G and WiFi 6 connectivity with management through NetCloud. Its maximum throughput is slightly lower than the Sierra Wireless routers, coming in at 2 Gbps. It’s a branch router that comes with a 1200M-B modem, and you can add another modem for secondary LTE connectivity.

To make your devices and equipment compatible with the WiFi routers you have deployed, you require WiFi 6 modules.

Sparklan provides come of the most cost-effective solutions for WiFi 6 modules with Windows and Linux support. The WNFT-238AX(BT) module uses Realtek chips and provides a range of WiFi compatibility, so the devices are also compatible with older WiFi generations. It’s a combo module combining Bluetooth as well, helping save space.

If you’re looking for a more industry-oriented solution for the WiFi 6 module, the WNFB-266AXI(BT) is the first-of-its-kind, designed for large-scale industrial applications. It adds various WiFi compatibilities, Bluetooth, and SDIO. It can support Linux and Android systems. This is ideal for use in healthcare, security, industrial software, and manufacturing industries.